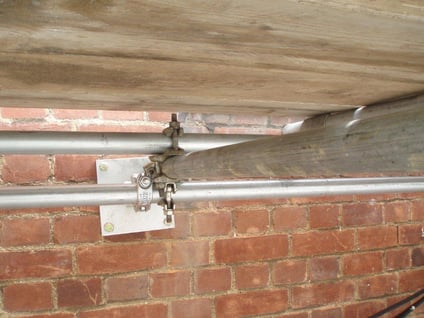 In general, most scaffolds need to be tied to an existing permanent structure. There are exceptions where there is a necessity for a scaffold to be designed without any ties. Usually this involves adding buttress bays and may also include the need for counterweights. Most scaffolds, however, require some form of tying arrangement, whether that’s a wall, a column or exposed steelwork.

Why are ties important?

Ties are required to give stability to the scaffold as most scaffolds have a small width to height ratio making them unstable in a free-standing condition. But ties are also required to give strength to the standards to allow them to carry the weight of the structure and any loads applied to the boarded platforms, without buckling.

How often should a scaffold be tied in?

The number of ties required for a scaffold depends on several factors, including its height, exposure to wind & whether it is clad with debris netting or sheeting. Scaffolds often benefit from a reduced exposure to wind by being shielded by the structure they are tied to when the wind direction is acting away from the building, however the wind exposure is increased where scaffolds are tied to an open structure such as a steel frame, which can have an adverse effect on the number of ties and the required load capacity of each tie. For scaffolds where there are restrictions on how often it can be tied in, such as scaffolds tied at floor levels or at column positions, special consideration must be given to the type of ties being used and how the forces are transferred back to the tie positions.

There a variety of ways a scaffold may be tied to an existing structure. Below we explore some of the most common tying in methods.

These are put through openings in the structure, such as windows or doorways. Bridal tubes are positioned crossing the opening on the inside & outside faces. Tie tubes are then attached, which go through the opening and connect to the main scaffolding structure. Timber packing is often used to ensure the bridal tubes are in good contact with the wall and cannot move. Sometimes Ladder Beams or Alu Beams may be used instead of bridal tubes for large openings or where tie positions are spaced further apart.

Box ties attach to suitable structures such as columns or beams. Two tie tubes are positioned either side of the column or beam connecting onto two more tubes across the front and rear to form a “box” around the column or beam. Two of these four tubes extend onto the main scaffold structure.

Lip ties are similar to box ties but are used where it is impossible to form a complete box around the structure. Instead lip ties are formed from three tubes that hook onto the structure such as a column or wall. Lip ties are often used to tie onto parapet walls at the top of buildings.

Not always possible to use, these are ties that are fitted into holes drilled into the structure itself. There are many types of drill fix ties, so we have compiled a handy guide. Just follow the link at the end of this article to download your free copy.

No matter the type of ties you choose, be sure to do your research in order to ensure maximum safety on your site. For advice on ties or scaffold design guidelines, you can contact us on 01384 459090 or info@designsafe.co.uk 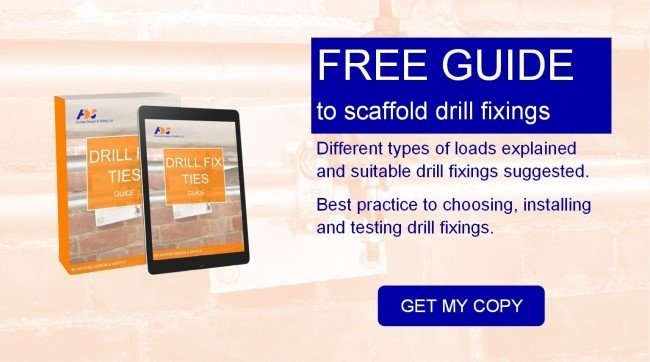 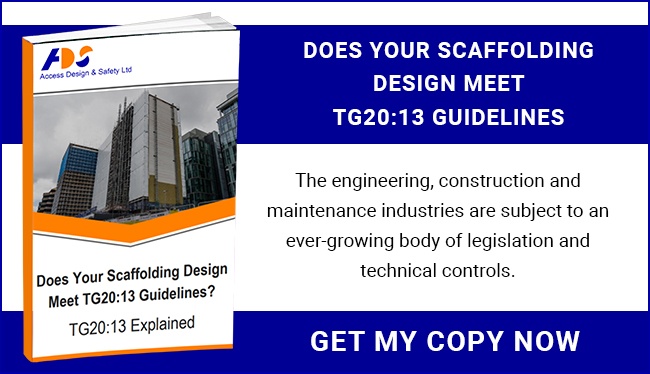 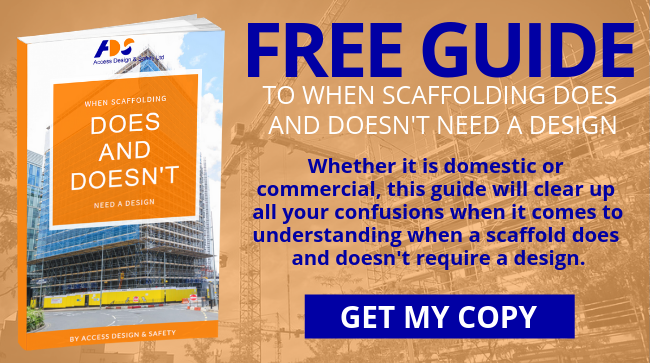